The application of disc filters in developed countries has been quite common, because they can work stably under quite harsh conditions and require little maintenance and are widely used in irrigation, wastewater treatment, sewage regeneration, municipal water supply, waterworks, Large power plants, chemical companies and emergency filtration and other fields.

The disc filter adopts a modular design and can be used in various combinations according to the filter unit to meet the actual needs of different applications. Backwash controllers are simple to operate and control filters or workstations based on differential pressure, time, or a combination of the two. The disc filter element does not need to be replaced, and the service life can be as long as 15 years. 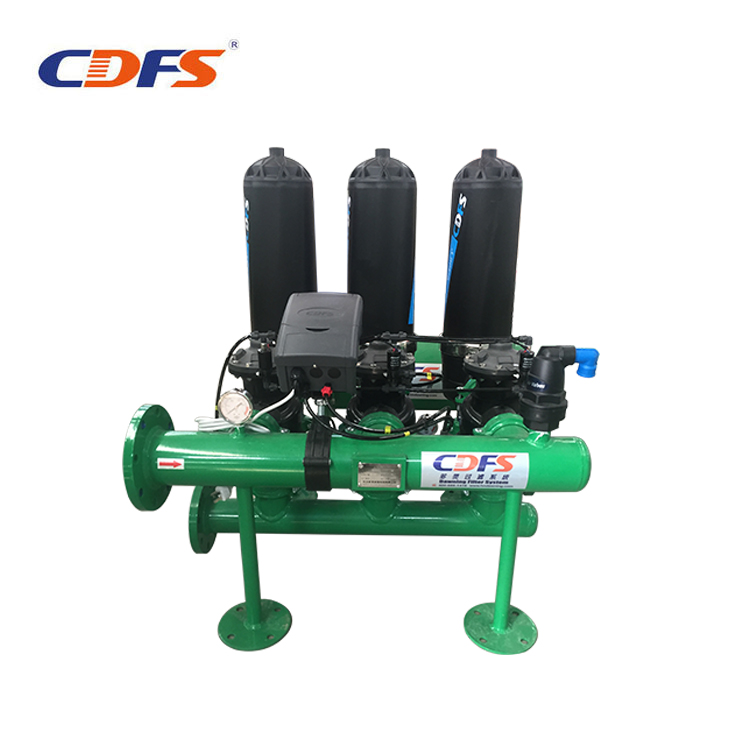 The disc filter is formed by the parallel combination of filter units, and the filter unit is mainly composed of a group of annular reinforced plastic filter discs with grooves or edges. During filtration, the sewage enters from the outside, and the rim formed by the edge of the groove on the adjacent filter disc intercepts the solids in the water; during backwashing, the water flows from the inside of the annular filter disc to the outside, and the dirt trapped on the filter disc is trapped. Rinse down and discharge through the sewage outlet.

The discs are compacted and stacked together in the unit, and the grooves in the middle of the upper and lower discs play the role of filtering and intercepting.

It belongs to a kind of self-cleaning filter, adopts a number of patented technologies, and saves water, land and daily maintenance for installation and use.

The filter element has no spring design, and the water pressure is cleverly used to compress the disc group during filtration, which greatly reduces the pressure requirement for backwashing.

The unique built-in duckbill valve ensures the water output of the filter element during filtration, and at the same time has a good backstop function during backwashing.

Abandoning the commonly used metal clamp design, the filter unit adopts self-locking buckle with a specially designed sealing ring, the installation and disassembly of the filter unit shell is simple and easy, and the sealing effect is good.

Each filter unit is equipped with a filter and backwash status indication device and an automatic exhaust device, which can improve the backwash effect of the filter element while avoiding water hammer damage.

When the raw water passes through the filter unit, it flows from the outside to the inside, and the impurities larger than the groove will be intercepted outside. 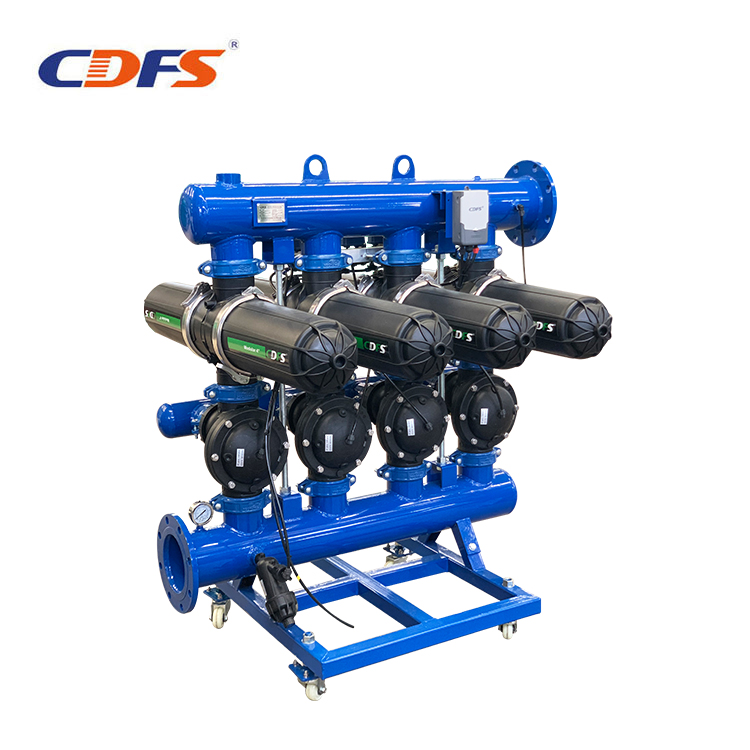 The core component of disc filter is the plastic filter discs stacked together. There are special grooves or edges on the filter discs. The grooves or edges on the adjacent filter discs form a channel of a certain size, and the particle size is larger than that of the channel. The suspended matter of the size is intercepted to achieve the filtering effect. To a large extent, this product can replace traditional mechanical filtration devices such as sand filters, and its performance is superior, and the water and electricity consumption is much lower than other products.

The disc filter is designed with edges of different structures on both sides of the filter disc. These edges are superimposed together to form an intercepting surface. The curved edges mainly play the role of intercepting and storing suspended matter. The slightly larger opening design on the outside can ensure backwashing. There is no need to loosen the filter disc at any time, and the backwash effect can be achieved even when the water pressure is low; the annular edge determines the filtration precision and constitutes the water channel, and the filter disc can provide a filtration precision of up to 5μ.